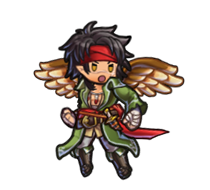 Lord of the Air

Lord of the Air Tibarn

The hawk laguz of Tellius are the proud masters of the skies, led by Tibarn, the hawk king of Phoenicis! 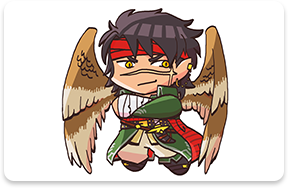 Tibarn is bold and aggressive, and absolutely unflinching in battle. That said, he’s also loved by his people for his devoted leadership. 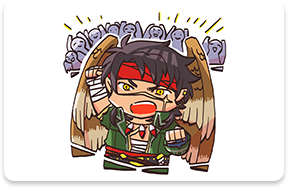 When Tibarn transforms, he takes on the form of a hawk, freely soaring through the skies. He’s so fast and powerful that some say he’s the strongest of the winged laguz! 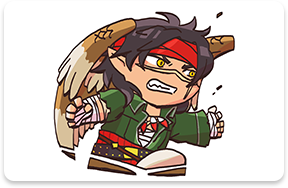 At first, Tibarn was deeply mistrustful of the beorc, and even fought against Ike and his friends, though he later made peace with them. Joining forces with Gallia, he fought to save Tellius! 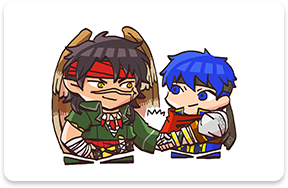 Prince of Serenes, the former kingdom of the heron laguz. Brother of Leanne. Frail, but strong willed. After the Serenes Massacre, Reyson was taken into Tibarn’s protection in Phoenicis.

Princess of Serenes. Reyson’s younger sister. She speaks the ancient tongue and has not yet mastered the language of Tellius. After being rescued by the Greil Mercenaries, she takes refuge in Phoenicis.

King of Kilvas and leader of the raven clan. He uses his cunning as a weapon and won’t shy away from dirtying his hands. An old acquaintance of Tibarn’s who becomes his foe after cooperating with Begnion.