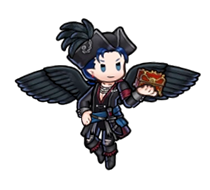 Well, well! Here comes Naesala, the Raven King of Kilvas, and he’s dressed as a pirate! I have to say, the swashbuckling look really does suit him! 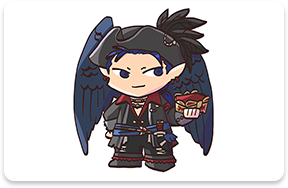 Naesala is right at home in his new role as a pirate captain. The black-feathered design decorating his captain’s hat makes it clear who’s calling the shots around here! 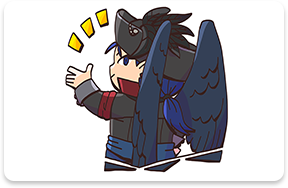 Naesala has a reputation for being a quick-thinking man of action, and I see he’s already managed to get his hands on some treasure! I’ll bet that chest is packed with all sorts of loot! 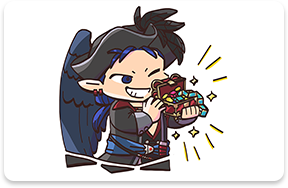 And yet, even these riches aren’t enough to satisfy the Raven King! There he goes, back to the vast expanse of the ocean, off to plunder some even greater loot! 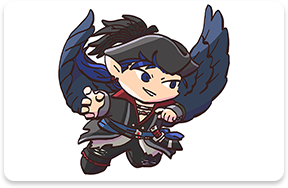 King of Phoenicis, the nation of the Hawk Tribe of laguz. Swooping in just in time to participate in the pirate festival by coincidence. He distrusts Naesala.