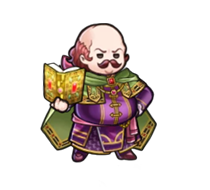 Oliver, Duke of Tanas, is an influential noble of the Begnion Empire. If I were to describe him briefly, I’d say he’s a very…distinctive Hero. 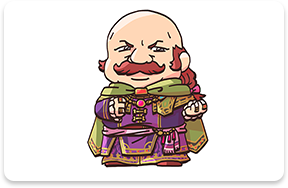 Oliver loves and admires beauty above all else. Whenever he sees beauty in something, he feels driven to claim it and bring it under his protection. Unfortunately, this covers everything from works of art to actual people. 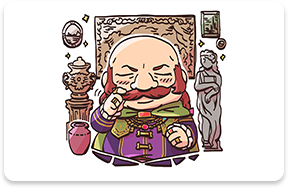 Though he enjoys a respectable position as a member of Begnion’s senate, Oliver will employ any means, fair or foul, to protect his finds. 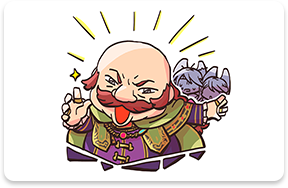 Still, there’s no denying that his admiration of beauty is genuine. If he can find beauty within the Order of Heroes, I’m sure he’ll be a dependable ally! 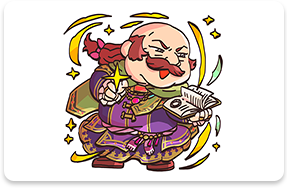 Prince of Serenes, the former kingdom of the heron laguz. Brother of Leanne. Frail, but strong willed. For a time, he was held in confinement by Oliver.

Princess of Serenes. Reyson’s younger sister. She speaks the ancient tongue and has not yet mastered the language of Tellius. At one point, she was nearly captured by Oliver.

Prince of Serenes, the destroyed heron country. Fell in love with Nailah after she saved his life. A subject of Oliver’s fascination.