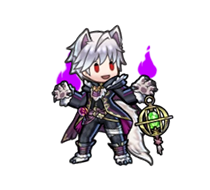 It looks like the excitement of the harvest festival has awoken something deep within Robin! Whatever it is, it’s taken control of his body…and forced him to have fun in fancy dress! 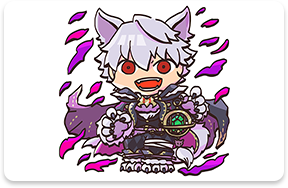 For this uncanny outing, Robin’s wearing a werewolf costume complete with fluffy ears, paws, and tail, as well as some very chic gothic attire! That torn cape has a certain wild charm about it, wouldn’t you say? 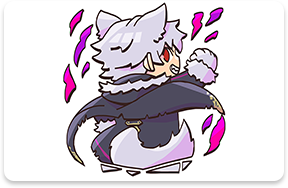 The power of dragons courses through Robin’s veins, so of course the inside of the lantern he’s carrying features a dragonstone design. And if you look closely, you’ll see the brooch on his chest depicts the face of Grima, the Fell Dragon! 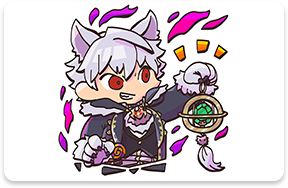 Robin’s managed to combine puppy-dog charm with the wild looks of a roguish werewolf. I’m sure the harvest festival will be exciting when he’s around! 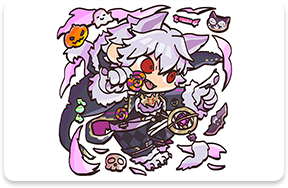 A prince of Ylisse and descendant of the Hero-King. Leads the Shepherds. He and Robin share an unbreakable bond.