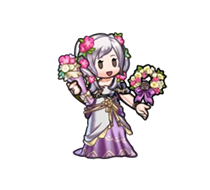 Wow! Is that Robin? As in, the mastermind tactician who works for the Halidom of Ylisse? I’ve never seen her like this before… She’s stunning! 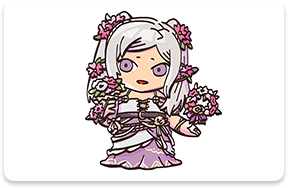 Robin’s here for the Day of Devotion, and she’s come wearing a long dress that’s stylish without being overbearing. It looks like her dress borrows from the same colors and patterns as her usual attire, but this is a totally different look for her! 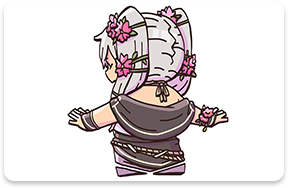 She’s also carrying a bouquet of achimenes and fairy primrose flowers, which I’m told she’s going to be giving to Chrom. Apparently, those mean “I will save you” and “a new destiny” in the language of flowers! 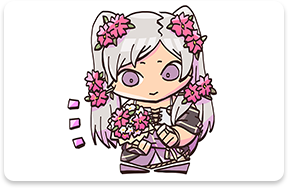 You know, there’s going to be another Robin from a different world—with the Chrom of his world in tow—coming to this Day of Devotion as well. Having come all this way, I hope the three of them can enjoy spending time together on this special day! 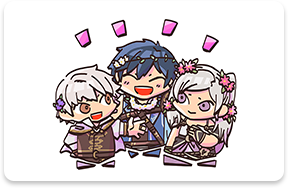 A prince of Ylisse and descendant of the Hero-King. Leads the Shepherds. Rescues Robin after he finds her unconscious.

Robin’s child. An aspiring tactician with no memory. Cheerful and loves to study.