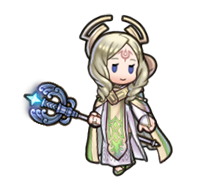 Her gentle, motherly gaze might have given her away, but here’s Emmeryn—the Exalt of Ylisse, and older sister of Chrom and Lissa! 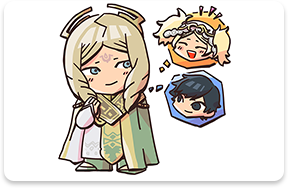 After the previous Exalt suffered an untimely death, the leadership of Ylisse fell to Emmeryn when she was still only a child. Supported by the people around her, she spoke of her dreams of peace, capturing the hearts of the people. 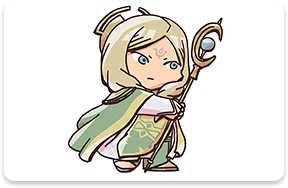 However, trouble came later when Emmeryn was abducted by Gangrel, the ruler of Plegia, who was after Ylisse’s hidden relic—the Fire Emblem. That was when Emmeryn laid down her life to prove just how much she wished for an end to conflict… 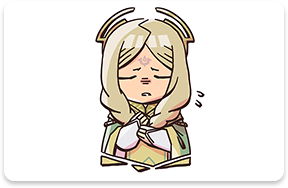 Above all else, Emmeryn loved peace, her family, and the people of Ylisse. I’m sure that her benevolent soul will blaze just as brightly in Askr! 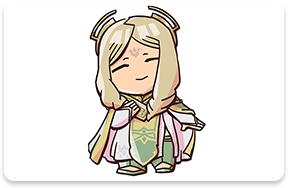 A prince of Ylisse and descendant of the Hero-King. Leads the Shepherds. Emmeryn’s younger brother.

Princess of Ylisse’s royal house and Emmeryn’s younger sister. Determined to prove herself.