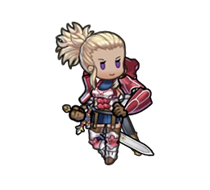 Regna Ferox is a nation of warriors that lies close to Ylisse and is ruled by two khans of the east and west. So here’s Flavia, the East-Khan! 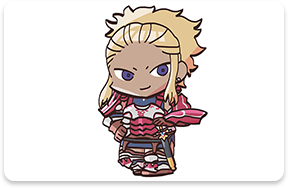 Flavia rules the east of Ferox, while the West-Khan, Basilio, rules the west. Every few years, a tournament is held to decide which of the two khans will reign supreme! 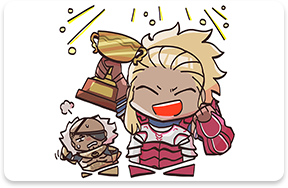 Flavia’s tough, but Basilio is an equally powerful match for her. I wonder what would happen if they came to blows! 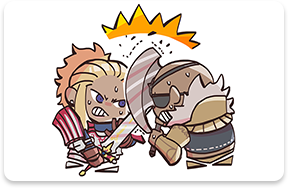 After Chrom’s involvement in the tournament, Flavia helped him and the Shepherds out in a number of ways. I hope she can lend the Order of Heroes the same kind of support! 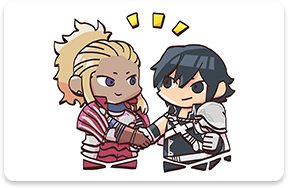 A prince of Ylisse and descendant of the Hero-King. Leads the Shepherds. He earns Flavia’s trust by proving his might in the tournament.

West-Khan of Regna Ferox, a country led by its preference for battle over politics. A simple warrior who has nothing to hide. Flavia’s rival.