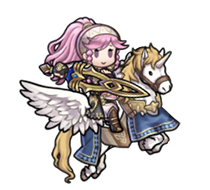 Here’s Olivia, the dancer with a rare talent, and…she appears to be wearing a bulky suit of armor instead of her usual light dancing garb! I wonder what the story is there? 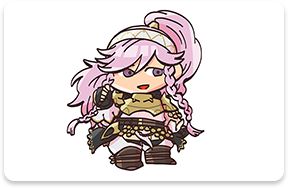 Ah, I see! It turns out that she’s not going up on stage today—she’s going to be riding a pegasus! That would explain why she’s dressed up like a falcon knight. 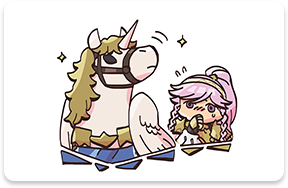 Seems she’s not used to flying yet, though… She’s looking a little anxious. In fact, she’s just been to the market to buy some nice fruits and veggies to give to her pegasus, hoping to get on its good side! 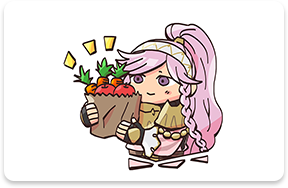 Even when she takes to the skies, Olivia’s as powerful a presence as she is on stage. I bet that once she gets used to riding a pegasus, she’ll come up with a new dance she can perform in the air! 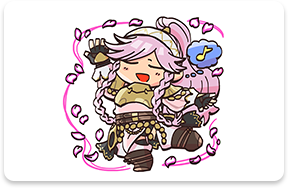 Kind and loving exalt who rules over the Halidom of Ylisse. She is the sister of Chrom and Lissa. Olivia owes her a debt of gratitude.

A descendant of the dancer Olivia. He carries on his departed mother’s dancing and her power.

West-Khan of Regna Ferox, a country led by its preference for battle over politics. A simple warrior who has nothing to hide. He rescues Olivia from the unwelcome advances of a rich admirer.