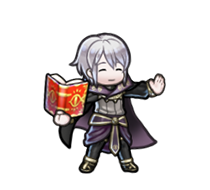 Here’s Henry, a dark mage of Plegia! He certainly lives up to his job title—a flock of crows always follows him, as if to protect him, and he has a fearsome reputation in the kingdom for his skill with curses. 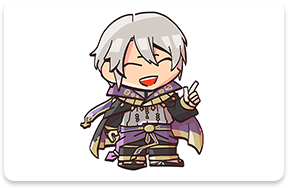 Henry first appeared before Chrom when he was attacked by the Risen, and looking for a chance to truly demonstrate his power, he decided to join the Shepherds. So much for Plegia, then! 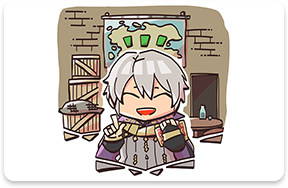 He’s always got a smile on his face, even in the most inappropriate circumstances. I hear that his painful upbringing left a mark on him, and smiling is the only expression he can make now… 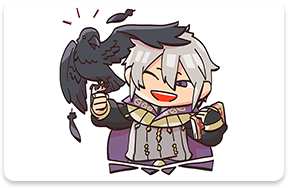 Despite his unsettling demeanor, Henry is unstoppable when the people who matter to him are in danger. I just hope he’ll show us his real smile someday! 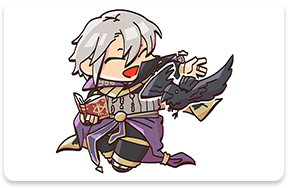 General of Plegia. He is endlessly loyal to his king, but he is a military man who prefers a fair fight to besting his foes through trickery. He sees something of his son in Henry and gives him peaches whenever they meet.