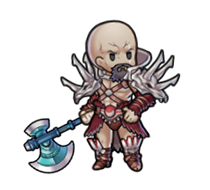 Look at those rugged features and rippling muscles! This is Mustafa, and he looks like someone who can get the job done, that’s for sure! 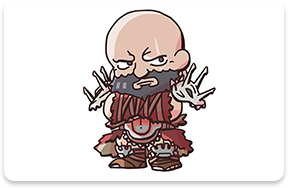 Mustafa’s a self-made man who serves as a general in the Plegian army. He doesn’t care for needless fighting, and his thoughtful nature has endeared him to many of his subordinates.

However, after being coerced into following Gangrel’s cruel orders lest his family come to harm, he found himself reluctantly crossing swords with Prince Chrom of Ylisse… 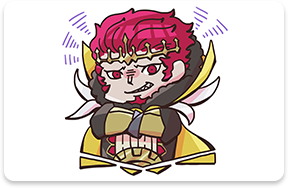 Mustafa fell during that battle, his final words a plea for Chrom to spare his men. I’m glad he gets a second chance here in Askr, and I hope he continues to strive for the justice he believes in! 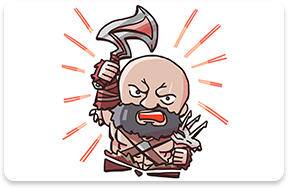 The King of Plegia, who thirsts for battle. Together with Aversa, he begins a war against the Halidom of Ylisse. He orders Mustafa to pursue the Ylisseans.

A dancer who travels widely and is quite gifted, despite extreme shyness. She is aided by Mustafa during her attempt to flee Plegian territory.