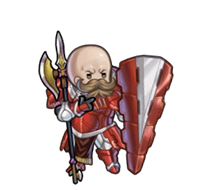 Cervantes is one of the Valmese Empire’s generals. A bold and hearty man, he’s a warrior through and through. But he may be best known for his distinctive beard, which he’s never shaved since his first battle! 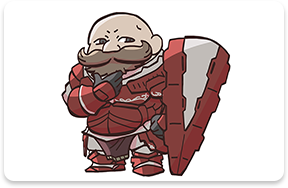 Originally, Cervantes dreamed of ruling a land of his own. However, he was so impressed by the ambitions of Walhart, the emperor of Valm, that he willingly chose to serve him. 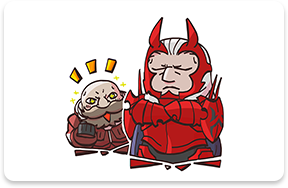 Having never lost a battle, Cervantes developed the superstition that his beard would always keep him safe as long as it remained unshorn. I hear that he broke out in a cold sweat when his whiskers came within a hair’s breadth of Say’ri’s blade—talk about a close shave! 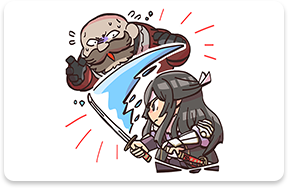 Cervantes dreams of a future in which Walhart rules the world, but I wonder what that world would look like… 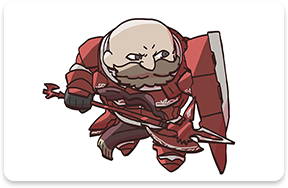 The ruthless emperor of Valm. His hubris drives him to conquer and subjugate. Cervantes’s liege.

The upright and dignified princess of the Chon’sin dynasty. She has a direct approach and never forgives a crooked deed. She fights against Cervantes.