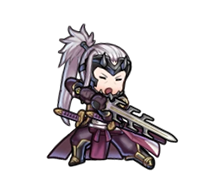 Yen’fay is the former king of Chon’sin, a land on the continent of Valm, west of Ylisse. He’s an honorable warrior and a renowned swordmaster! 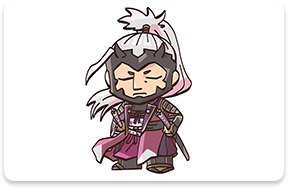 Chon’sin was subjugated by the expanding Empire of Valm, ending Yen’fay’s reign. Yen’fay then became a general of the imperial army—at the cost of his relationship with his sister, Say’ri. 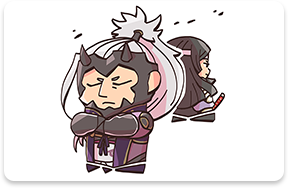 Yen’fay was seen as the mightiest swordsman in Valm’s army, and he contributed greatly to its conquest of the continent. Little did Say’ri know, he fought to keep her safe… 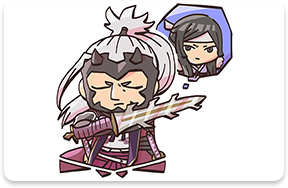 Channeling his conviction into his blade, Yen’fay carved his own path forward. Perhaps now, this noble swordsman can help open the way for the Order of Heroes! 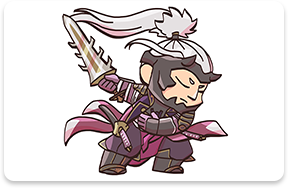 The upright and dignified princess of the Chon’sin dynasty. She has a direct approach and never forgives a crooked deed. Yen’fay’s sister.

The ruthless emperor of Valm. His hubris drives him to conquer and subjugate. Yen’fay’s lord.