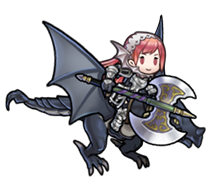 House Virion are the traditional rulers of Rosanne, a region in the continent of Valm—and the head of this noble house is served by Cherche, a wyvern-riding Hero! 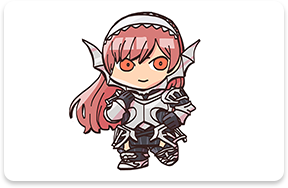 Cherche is a kind, considerate, and devoted retainer. When her homeland was invaded and House Virion fell, she chose to continue serving her liege. 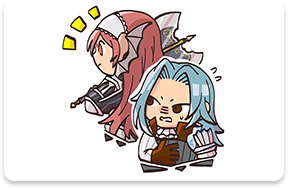 Her wyvern, Minerva, may look a little scary, but she’s an irreplaceable partner to Cherche. In fact, Cherche treats Minerva like a best friend and thinks she’s just adorable! 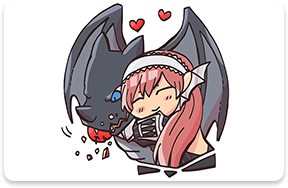 Cherche gives her all for her liege, and astride her trusty wyvern partner, she clears the battlefield of any foes who would stand in his way. She’s the kind of retainer that others aspire to be! 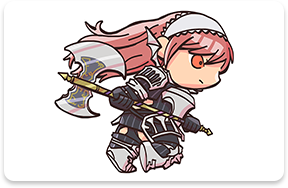 Rightful ruler of Rosanne in Valm who has a tendency for wit and puffery. Cherche’s liege.