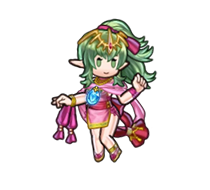 Tiki came here from the continent of Valm. Known as the Voice of the Divine Dragon, she’s a manakete who can take on the form of a dragon herself, and she’s lived for so long that her name appears in ancient legends! 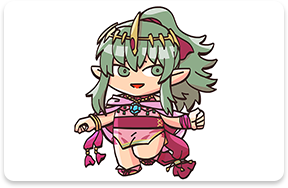 Speaking of which, check out the adorable ribbon on the back of her new outfit! It’s a nice callback to what she wore when she traveled with Marth, who later became the Hero-King of Ylissean legend. 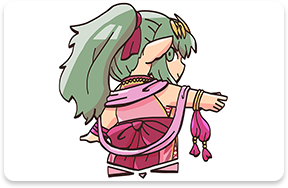 Oh, and the pendant she’s wearing is actually a dragonstone! Yes, that sparkling little rock contains her draconic powers! 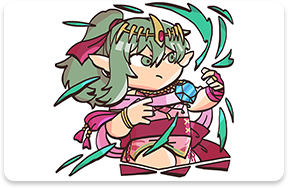 Tiki still looked like a child when she was traveling with Marth. If her old friends could see how she’s grown up now, I’m sure they’d all be stunned! 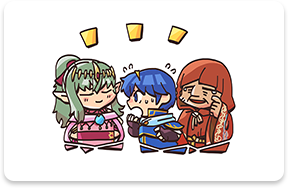 Ruler of the Divine Dragons. Takes on a variety of appearances in the presence of humans, and is said to have saved the world from despair. Parent to Tiki.

A prince of Ylisse and descendant of the Hero-King. Leads the Shepherds. Rescues Tiki from the Valmese Empire.

Prince of Altea who fights for his homeland and deeply values his friends. During her younger days, Tiki called him “Mar-Mar.”