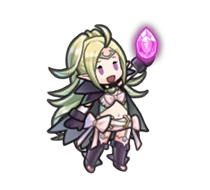 Here’s Nowi, a young manakete Hero! That is to say, young by manakete standards—despite her youthful appearance and playful antics, she’s actually over a thousand years old! 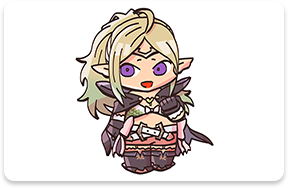 After being captured and imprisoned by the Grimleal, worshippers of the Fell Dragon, Nowi was freed by Gregor, who was working for them as a mercenary. 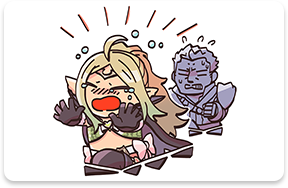 Nowi and Gregor escaped, and eventually found a place with the Shepherds, the band of Heroes led by Chrom, Prince of Ylisse. 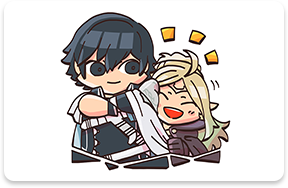 Nowi was separated from her parents when she was very young, but she found a new family when she met Chrom and his friends. I hope she’ll make friends with everyone here in Askr too! 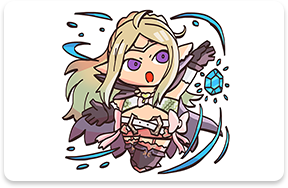 Nowi’s daughter. She might look young, but she’s actually very responsible. She tries to control her emotions and act maturely.