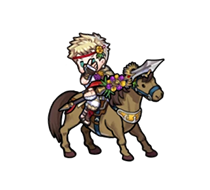 Well, well, who’s that striking a cool pose over there? It’s none other than Owain, wearing his outfit for the Day of Devotion! He’s Lissa’s son from the future, who came to the present to save the Halidom of Ylisse! 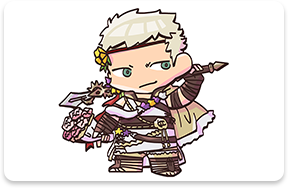 You can’t have a Day of Devotion without flowers, and so Owain is wearing a headband decorated with a crocus flower! He’s even managed to bring across his trademark sense of style with a cloak strapped on like a sash! 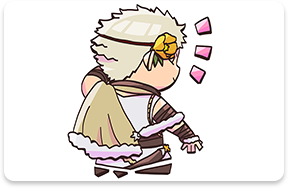 By the way, I hear the bouquet of carnations he’s carrying is a present for Lissa. But it sounds like he’s worried about getting too embarrassed to hand them over! You can do it, Owain! 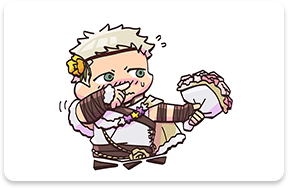 Owain comes from a dark future where all the flowers withered and perished. Today’s the perfect opportunity to enjoy all the flowers he never got to know—and to share them and express his feelings! 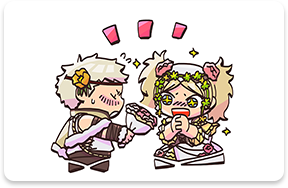 A princess of Ylisse. Excited to show her appreciation to those closest to her as part of the Day of Devotion. Owain’s mother.

Chrom’s daughter from the future. The flowers she’s adorned with are a perfect fit for the Day of Devotion. Owain’s cousin.