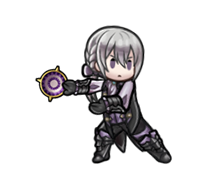 During Corrin’s childhood in Nohr, the young royal was served by a truly outstanding butler. He was sharp as a whip, skilled with daggers, and unfailingly loyal to his charge… Who wouldn’t want Jakob as a butler? 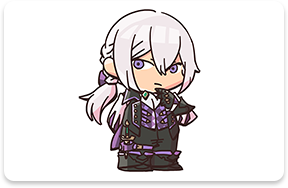 Jakob seems to do just about anything without much effort, but he actually struggled a great deal during his younger days. Though born to a prestigious family, he was made a servant at the royal castle, and it wasn’t an easy adjustment for him. At all. 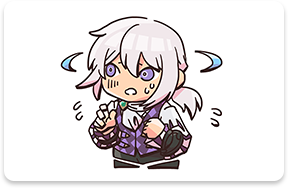 Fortunately, both his master and his teacher were nothing short of ideal. With the help of Corrin’s kindness and Gunter’s strict instruction, Jakob grew into the perfect butler. 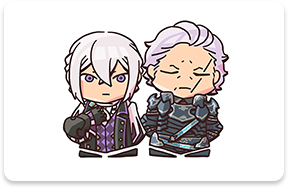 Jakob employs every trick of the trade that he’s learned in order to protect Corrin. I’d love to have a butler just like him watching my back! 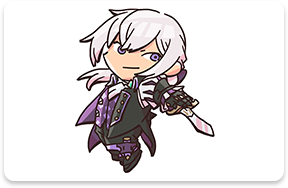 A young royal who was born in Hoshido and raised in Nohr, but was later forced to choose sides. Wields the divine blade Yato. Jakob’s master.

A maid of Nohr who’s eager to do good work yet often bungles. One of Corrin’s retainers and a colleague of Jakob’s.

Veteran knight of Nohr. One of Corrin’s retainers. Extremely strict. Jakob’s instructor in the ways of the butler.