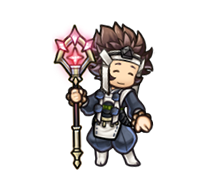 Azama is a monk from Hoshido who specializes in healing! With his affable, gentle demeanor, he’s the classic image of a Hoshidan monk. 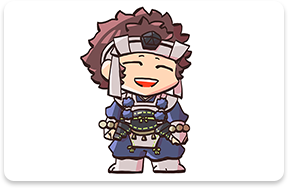 Azama serves Hinoka, the eldest princess of Hoshido. He doesn’t work alone, though. His fellow retainer Setsuna helps him to support the princess!

You know, there’s been some rumors going around about Azama. Some say he’s suspiciously ambivalent about religion for a monk, and others say he’s got an astonishingly sharp tongue. Well, that doesn’t sound like the Azama I know at all! 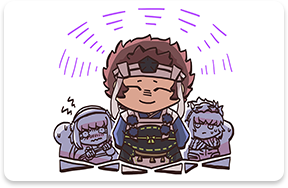 Anyway, here’s Azama, lifting everyone’s spirits with his good-natured smile. He’s just as reliable as I thought he’d be… Right? 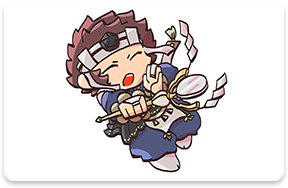 Hoshidan princess who prefers battles over court life. Excels at watching over others. After being saved by Azama following a mishap in the mountains, she hires him to be her retainer.

Hoshidan archer who is either fearless or daydreaming. Like Azama, she is one of Hinoka’s retainers, though at times it seems like it’s Hinoka who does the heavy lifting for the two.