Here’s Hinata, a samurai from Hoshido! He works alongside Oboro to serve Takumi, the second-eldest prince of the kingdom. 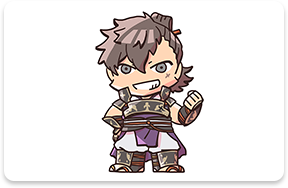 While Hinata may be a retainer to Takumi, they’re more like good friends. I’ve been told that they used to take part in fighting competitions in Hoshido together when they were kids! 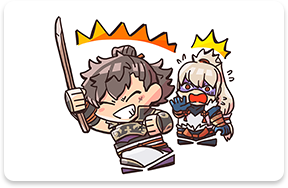 And so, Hinata is loyal to Takumi beyond what his role as retainer requires. In fact, both he and Oboro look up to Takumi so much that they’ve even tried to emulate him by copying his hairstyle! 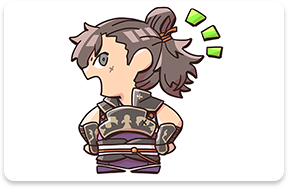 Hinata gives his all to keep Takumi safe, both as a friend and as a samurai in his service. I really admire how he uses his positive energy to support others! 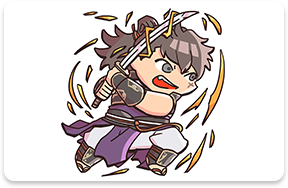 Prince of Hoshido who wields the divine bow Fujin Yumi. Prickly at times. Hinata is both his friend and his retainer.

Lance wielder who loves fashion and hates Nohr. Like Hinata, she is one of Takumi’s retainers.