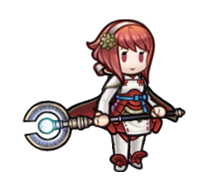 Sakura is the second princess of Hoshido. She’s somewhat timid, but her meek nature and her gentle smile are just parts of her charming personality that help soothe her allies! 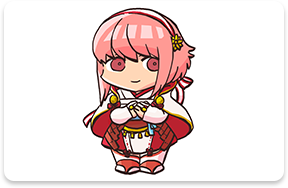 As well as being a princess, she’s also a priestess with healing powers. During the war with Nohr, she did her best to ensure that no one was badly harmed, and many people were saved by her acts of kindness. 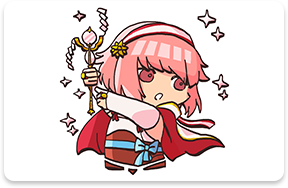 Sakura is served by Subaki, the perfectionist sky knight, and Hana, a samurai whom she’s known since childhood. But while the two might be her personal retainers, they’re just like family to her! 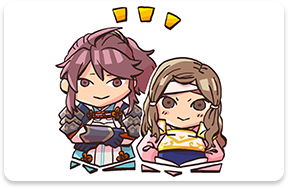 Between her kind nature and infamous sweet tooth, Sakura really is adorable. I hope she can use her healing powers to help people in Askr too! 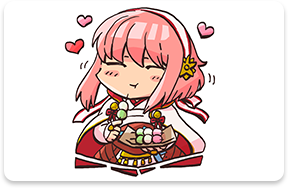 Hoshidan princess who prefers battles over court life. Excels at watching over others. Sakura’s older sister.