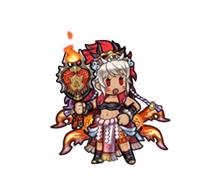 Rinkah is a member of the Flame Tribe, who live within the borders of Hoshido. She’s a brave and resolute warrior with a burning thirst for battle! 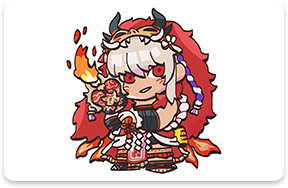 As you might have guessed, the festival of flames taking place in Askr was in fact inspired by the culture of Rinkah’s Flame Tribe! It’ll be a spectacular display of martial prowess, with muscles colliding and sweat flying! 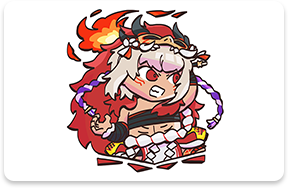 That’s right—the main event will be sumo wrestling, a traditional martial art of the Flame Tribe! You know, I heard that a huge crowd came to watch when Rinkah and Kagero once clashed in a sumo match. 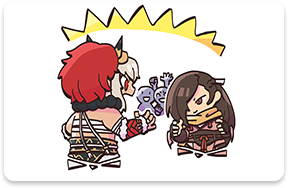 Rinkah tends to be aloof and doesn’t get on with others much, but it seems like the festival has gotten her really fired up. She can’t wait to square off against her allies and let the sparks of friendly rivalry fly! 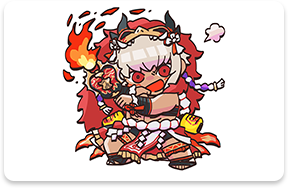 A ninja of Hoshido who is ready to lay down her life for her liege. One of Ryoma’s retainers. Rinkah’s erstwhile sumo wrestling partner.