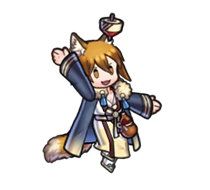 Kaden is the leader of the kitsune, a beast tribe whose people can transform into foxes. He’s visiting Askr to take part in the New Year celebrations, all dressed up in a spectacular kimono! 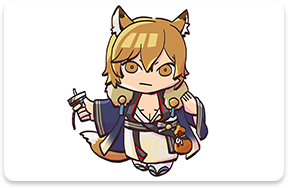 If there’s one thing that you can say about Kaden, it’s that he’s very confident. In fact, he thinks he’s the most beautiful kitsune in the world! Seeing him in his kimono, it’s hard to disagree. 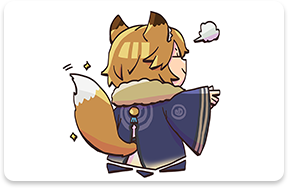 I hear that in Hoshido, they have a custom of giving children a New Year’s allowance, which is presented in a special envelope. And I see he’s carrying one such envelope on the sly! 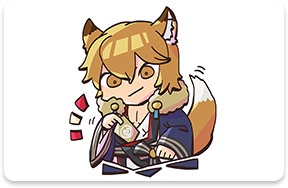 His daughter Selkie couldn’t wait to dress up in a kimono either, and she’s joining the celebrations too. I’m sure they’ll just love the New Year in Askr! 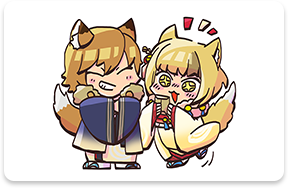 Proud leader of the wolfskin tribe. Celebrating the New Year in garb that is completely new to him. Good friends with Kaden.