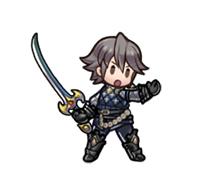 Here’s Laslow, the mercenary with an irresistable smile! He serves under Prince Xander of Nohr, working alongside Peri, another of Xander’s retainers. 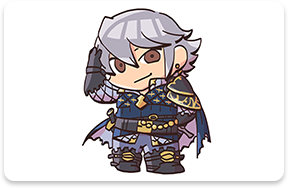 Laslow is cheerful and outgoing, and he can make friends with just about anyone. Although I’ve noticed that it’s mainly the women at the castle that he goes out of his way to befriend… 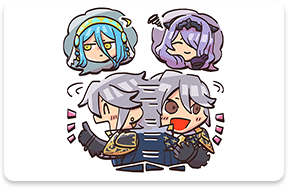 Unusually for a royal retainer, Laslow is not of Nohrian origin. In fact, he isn’t even of the same world as Xander! He’s actually Inigo, a Hero from Ylisse who crossed between worlds to come to Nohr! 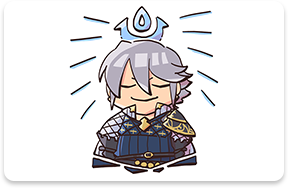 I did think he looked a lot like Inigo, but I didn’t realize it actually was him at first! Well, it looks like he’s proved himself in more worlds than one, so I’m grateful to have him on our side! 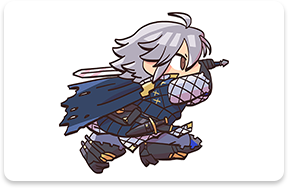 Nohrian prince respected for his military prowess. Wields the divine blade Siegfried. Laslow and Peri serve as his retainers.

A cavalier of Nohr who massacres foes with childlike glee. Like Laslow, she is one of Xander’s retainers.

Laslow’s daughter. Cheerful and not even slightly shy. Looks up to cool women.