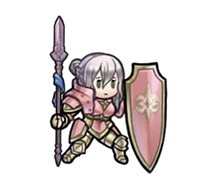 Army of One Effie

Effie is a knight who serves as a retainer to Elise, princess of Nohr. The two are old friends, in fact, having known each other since childhood! 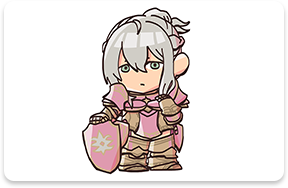 Effie was born in the underground city of Nohr’s capital. Day in, day out, she trained herself as hard as she could to be reunited with Elise, until one day, she managed to escape the underground slums and earn a post serving as a soldier at the royal castle. 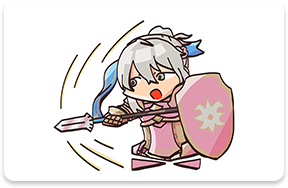 With her kind personality and gentle appearance, it’s surprising how tough Effie really is. Her tough regimen also means she’s got a voracious appetite, and she’s always got room for seconds! 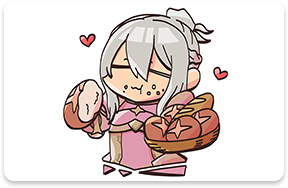 Effie stands at the vanguard to protect Elise and the kingdom. She’s as kind as she is mighty, and I hope that she’ll be a shield who will keep the Order of Heroes safe! 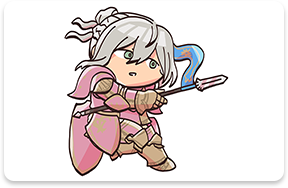 Princess of Nohr who adores her siblings. A bit childish, but has a pure heart and keen eyes. Friends with Effie since they were young children.

A sworn ally of justice with uncannily bad luck. Like Effie, he is one of Elise’s retainers.