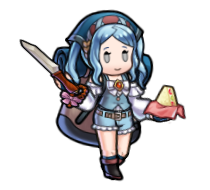 Flora is the daughter of Klima, chief of the Ice Tribe. She’s currently serving as a maid—a role in which she became known for her unflappably calm demeanor and exemplary service. 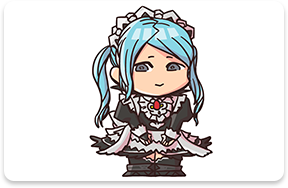 Flora’s been chosen to join Leo and friends on their picnic. As soon as she heard the news, she immediately started planning the trip and getting the food ready, and all without overlooking a single detail! 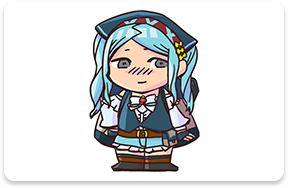 True to form, Flora’s work has been absolutely perfect in every single way. I don’t think even the harshest critic could find something to complain about in her food! 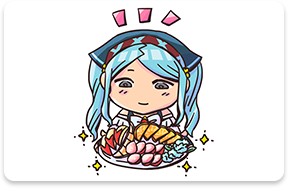 And isn’t the outfit she’s chosen for the picnic cute? See, that’s her attention to detail in action—she’s showing her professional side and her fun side at the same time, specially for the big day out! 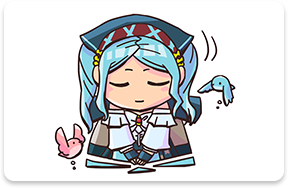 Flora’s twin sister. She tries her hardest to be a good maid, but her efforts only make her more flustered and clumsy, and her battles in the kitchen often end in defeat.