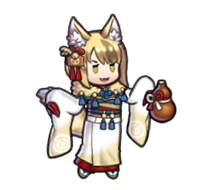 She’s always cheerful, always curious, and loved by all! The kitsune Selkie is here, and she’s pulling out all the stops for her New Year look! 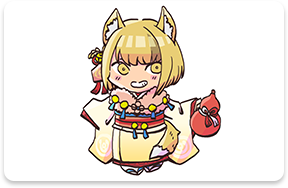 According to my research, this type of garb is traditionally worn by brides to be. I don’t think Selkie’s getting married right now, but it does really suit her! 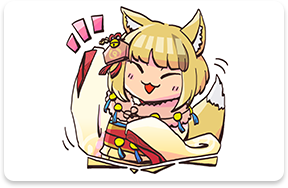 Isn’t it cute how her fluffy tail sticks out at the back? In fact, it seems fluffier than usual… Maybe that’s her winter coat! 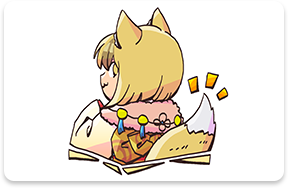 You know, I kind of wonder what she’s got in that gourd… Well, anyway, with Selkie around, I’m sure we’ll be in for a fun New Year celebration! 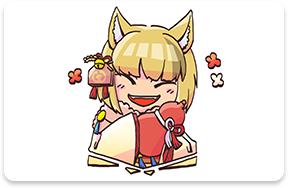 The chief of a hidden village of kitsune. He has absolute confidence in the beauty of his fur. Selkie’s father.