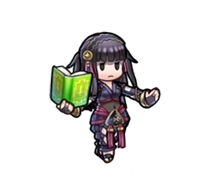 Rhajat is the daughter of Hayato, a diviner from Hoshido. When she was born, she was rushed off to the Deeprealms, where she could be raised in safety away from the fires of war. 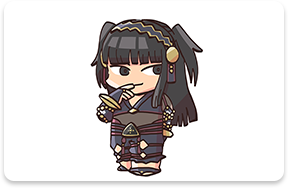 Her skills as a diviner rival even her father’s. What’s more, it seems she cultivated an interest in the dark arts while she was growing up in the Deeprealms… 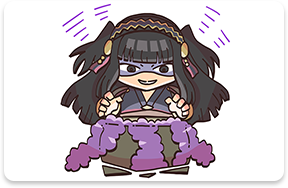 Time passes differently there, which led to Rhajat growing up pretty quickly. Before she knew it, she’d picked up a sense of style that others would be envious of. 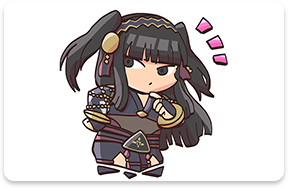 Now an adult, Rhajat remains driven by her pursuits into the dark arts, and she’s determined to go her own way no matter what. You know, she reminds me a lot of someone else around here… 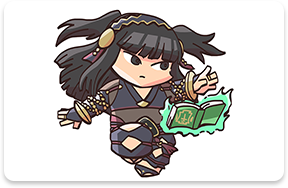 A diviner from the Wind Tribe. A young prodigy, he is somewhat precocious and can be proud and overbearing. Rhajat’s father.