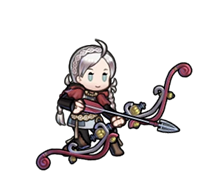 Nina is the daughter of Niles, a former thief who serves Nohr. She took on her father’s old trade, and once led a band of noble thieves who robbed from the rich to give to the poor! 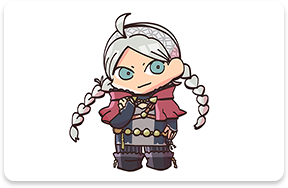 While she is brave and adventurous, Nina often finds it difficult to talk to boys. In fact, when she’s talking to a boy for the first time, she often gets so flustered that she ends up completely tongue-tied! 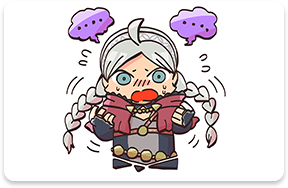 That’s not to say that she dislikes men, though. Actually, she loves to watch them from afar, especially when they’re getting along—and that’s when her daydreams really take off. 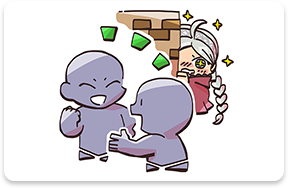 And so, Nina watches from a careful distance, eyes sparkling like a starry night sky as daydreams of love play out in her mind! 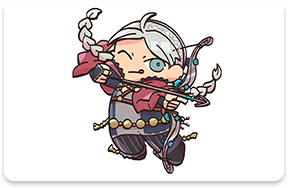 Nohrian scoundrel who wags his saucy tongue at everyone. One of Leo’s retainers. Nina’s father.

Son of Leo. A kind and compassionate soul, with a keen eye for aesthetics. Loves to sew. Nina’s future liege.