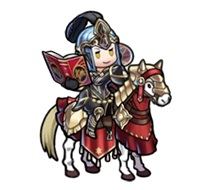 Today, I’ll be introducing you to Arete, who comes from Valla, the veiled kingdom. She has a beautiful singing voice. In fact, King Garon of Nohr was so enchanted by her song that he took her as his bride. 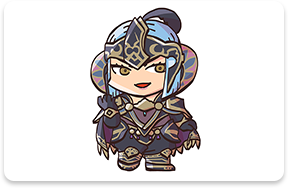 Sadly, however, Arete passed away, falling foul of Valla’s curse that takes the life of those who so much as reveal that the kingdom exists. I should be fine mentioning it here though…right? Anyway… She was survived by her beloved daughter, Azura. 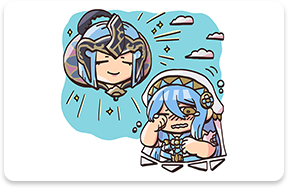 Things didn’t end for Arete there, however. She was resurrected by Anankos, the King of Valla, and forced to serve as one of his minions. As a result, she lost all of her memories, including those of Azura. 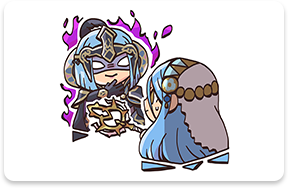 I wonder if Arete’s memories will ever come back? Maybe one day she and Azura will be happily reunited… Well, we’ll do our best to help them, one step at a time! 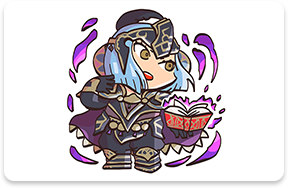 The king of Nohr. Intends to invade and rule over Hoshido. Arete was his second wife.

An enchanting princess raised in Hoshido who sings in battle to help her allies. Arete’s daughter.