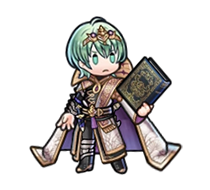 Byleth is a professor at the Officers Academy at Garreg Mach Monastery, and within him lurks another soul…that of a young girl who calls herself Sothis. Her words and strange powers have saved him from a few sticky situations! 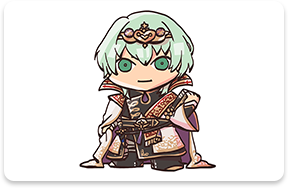 Following an incident at the monastery, Byleth was trapped in a world of darkness by his foes. It was impossible for any mortal to ever escape from this abyss, but, once again, Sothis came to the rescue! 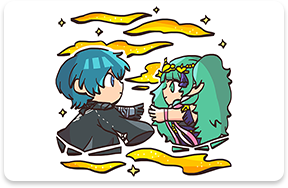 She fused her entire essence with Byleth, allowing him to receive her power. On emerging from the void, Byleth’s hair had changed colors, and he took on a saintly presence. 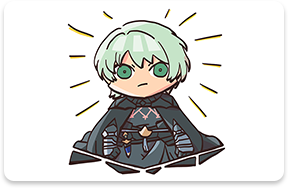 From that day on, Byleth stopped hearing Sothis’s voice, but her spirit was still with him. With their powers combined, he was able to stand defiantly against some truly fearsome foes! 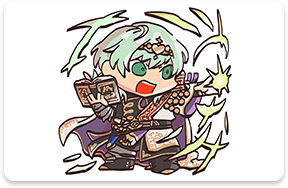