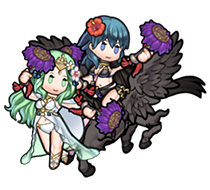 Whoa! Watch out, summer, because a new Duo Hero’s here to take you on! This time, it’s Byleth, professor at the Garreg Mach Officer’s Academy, and she’s accompanied by Rhea, Archbishop of the Church of Seiros. And they’re dressed for the beach! 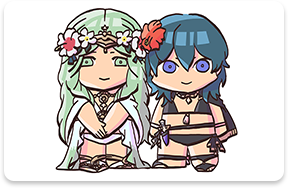 Byleth’s sporting a black swimsuit complete with a matching cape that’s reminiscent of the outfit she wears at Garreg Mach! Despite her attire, she’s still carrying a dagger around. Leave it to a trained mercenary like Professor Byleth to choose just the right accessory! 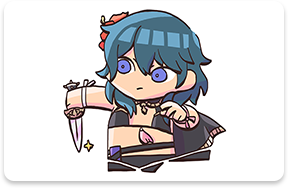 Rhea, meanwhile, has gone for a brilliant white outfit. That robe-like cape looks very elegant indeed! She’s carrying herself with the same grace and sophistication as she does back at the monastery. 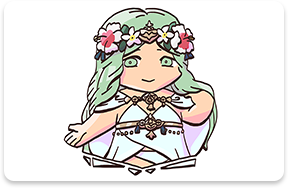 With Byleth’s finesse and Rhea’s grace, these two are sure to make a splash! Who says a professor and an archbishop can’t live it up a little? 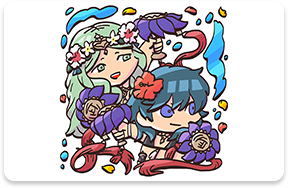 Mysterious girl that sits upon a throne within dreams. Full of emotion, her attitude changes by the moment. She dwells within Byleth’s mind.