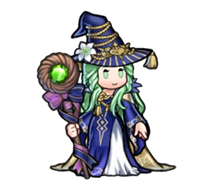 We’ve got a VIP dropping by the harvest festival, and she’s come wearing an absolutely incredible outfit! Let’s hear it for Rhea, the archbishop of the Church of Seiros! 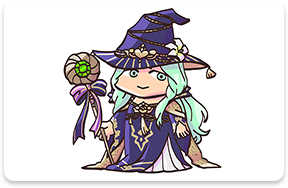 Rhea’s dressed up as an alluring witch for the festival. It’s a pretty stark contrast to her day-to-day life as the leader of the Church, but it really does suit her mysterious presence! 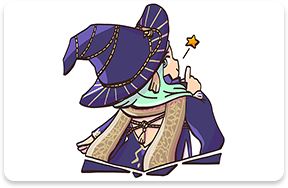 Her magic staff is designed to look like a jam cookie, hinting at her playful nature. Ah, I can taste the harvest festival treats already! 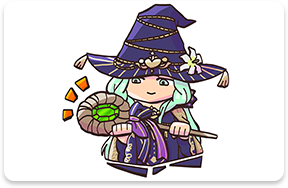 As the leader of the Church, Rhea must have a lot on her shoulders. I hope she can forget all those responsibilities and have fun being a mischievous witch during the festival! 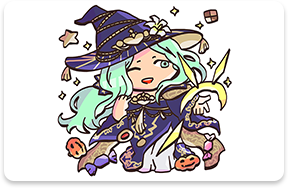 Child of the former captain of the Knights of Seiros, Jeralt. A stoic, capable professor at the Officers Academy. Rhea has an eye on the young mercenary.