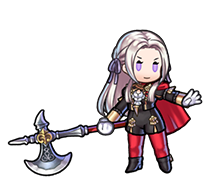 Edelgard is the leader of the Black Eagle House, home to students from the Adrestian Empire at the Officers Academy in the continent of Fódlan. 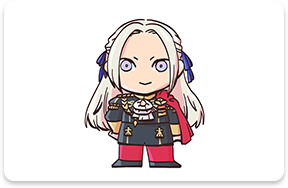 She’s the only heir to the empire’s throne, and she’s got a dignified and confident bearing that puts other princes and princesses to shame! *sigh* You can trust me on that one. 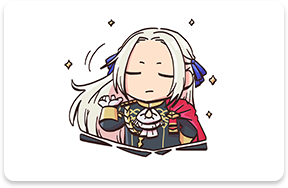 Edelgard studies history and the art of kingcraft with a passion, and it seems like she has some kind of goal or ambition that drives her. 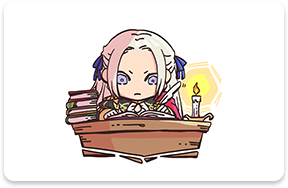 She also has a cool, methodical personality, so whatever her plan is, she’ll make sure she sees it through step-by-step. Once she’s finished studying with the Black Eagles, I wonder what kind of future she’ll make for herself? 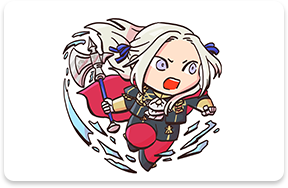 The Prince of the Holy Kingdom of Faerghus and heir to the throne. He’s known for his bravery and fidelity, but there’s a shadow hanging over him. He’s the leader of the Blue Lions and a rival of Edelgard.

The heir of Duke Riegan, head of the Leicester Alliance. He’s a hard man to get a grasp of, and employs means both fair and foul to get his way. Leader of the Golden Deer House and another of Edelgard’s rivals.