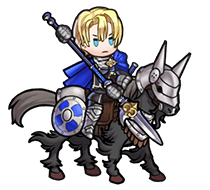 The Blue Lions is one of the houses that make up the Officers Academy in central Fódlan. This house is where students from the Holy Kingdom of Faerghus gather, and it’s led by none other than the kingdom’s prince and future king, Dimitri! 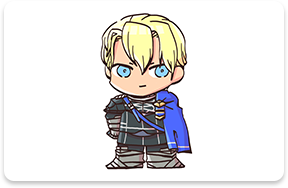 Dimitri is chivalrous and kind, and he has a good reputation for his strong sense of duty and responsibility. People also like him because he doesn’t let his royal standing come between him and others! 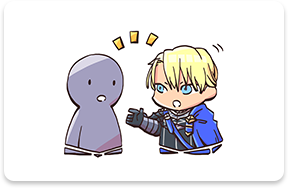 With outstanding skills like his, he truly deserves his leadership of the Blue Lions. He’s an expert with lances in particular! 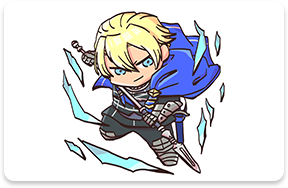 Sometimes, Dimitri seems to have a lot on his mind. But even so, I’m sure that won’t stop him from being a great friend to the Order of Heroes! 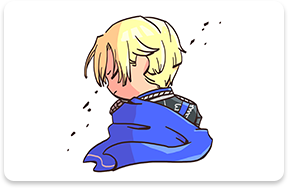 The heir apparent of the Adrestian Empire. She’s dignified, refined, and self-confident—traits that mask her raw ambition. She leads the Black Eagle House, making her Dimitri’s peer.

The heir of Duke Riegan, head of the Leicester Alliance. He’s a hard man to get a grasp of, and employs means both fair and foul to get his way. Leader of the Golden Deer House and Dimitri’s arch-rival.