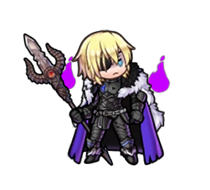 Today I’ll be introducing you to Dimitri from the Holy Kingdom of Faerghus! That said, I’m a little worried about that gloomy look on his face… 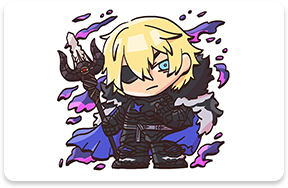 Dimitri was the only royal who survived an underhanded plot that took place when he was a child. His hatred toward the schemers who took the lives of his family never left him, enveloping his heart in a deep darkness. 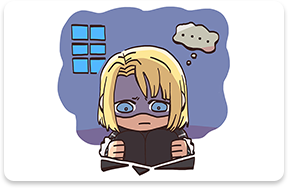 When the Adrestian Empire embarked on its conquest of Fódlan, Dimitri returned to Faerghus to fight back. But the kingdom was hardly unified, and there were many struggles ahead. 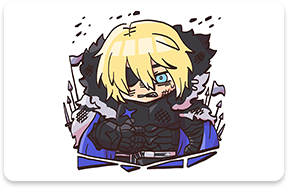 Having been the victim of plots and betrayals for so long, Dimitri closed his heart off to the world. I wonder if he’ll ever smile again… 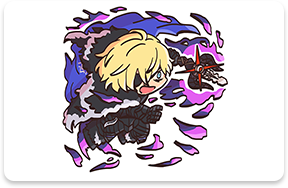 After ascending as Adrestian Emperor, she embarked on a campaign to defeat the Church of Seiros and solidify her reign over all of Fódlan. She opposes Dimitri.

Survivor of the tribe that inhabited the Duscur Region west of the Holy Kingdom of Faerghus. Swore loyalty to Dimitri.