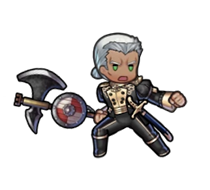 Here’s Dedue! He might look intimidating, but he’s a bit of a gentle giant. He’s interested in gardening and cooking, and he’s particularly knowledgeable about flowers! 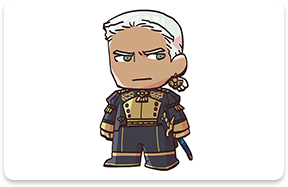 Some time before Dedue entered the Officers Academy at Garreg Mach, a dastardly plot left his homeland of Duscur embroiled in a terrible conflict with the Holy Kingdom of Faerghus. 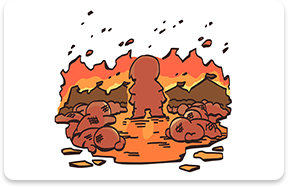 Dedue was seriously wounded during the fighting and came close to the brink of death, but he was saved by Dimitri, Faerghus’s prince. Since then, Dedue has been completely loyal to Dimitri, and joined him in his studies as part of the Blue Lion House. 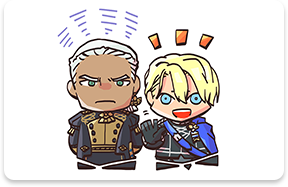 Dedue will never back down when it comes to protecting Dimitri. With his steely resolve, I’m sure he’ll be able to overcome any challenge! 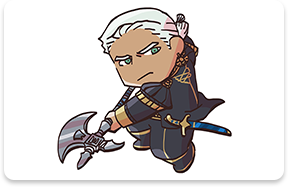 Crown prince of the Holy Kingdom of Faerghus. Known for his chivalry, it seems a darkness may lurk beneath the surface. Dedue’s lord.

Child of the former captain of the Knights of Seiros, Jeralt. A stoic, capable professor at the Officers Academy. Dedue’s professor.