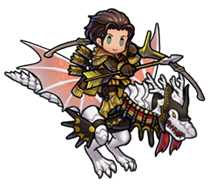 Here’s Claude, the leader of the Leicester Alliance who fought to bring the war in Fódlan to an end! Equipped with the legendary bow Wind Parthia, he cuts a truly dashing figure. 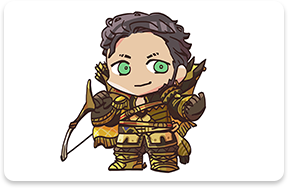 He’s wearing the armor of the wyvern riders of Almyra, a kingdom to the east of Fódlan. Wait a second… Weren’t the Alliance and Almyra fighting over a strategic territory known as Fódlan’s Throat? 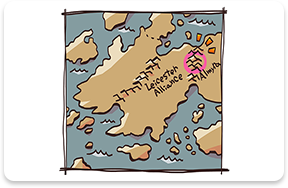 Well, it turns out that Claude actually has a strong personal connection to Almyra! In fact, I hear he’s even related to the Almyran royal family by blood. 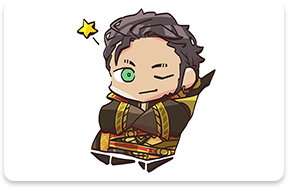 Claude’s goal was to bring about a world where people of all origins and positions in society could live in harmony. Claude himself is a symbol of unity, bringing Fódlan and Almyra together, and I’m sure nothing will break his stride! 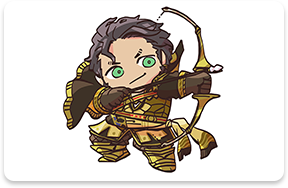 Child of the former captain of the Knights of Seiros, Jeralt. A stoic, capable professor at the Officers Academy. Claude has a fond, trusting relationship with Byleth, and his familiarity shows when he calls the professor “Teach.”

Noble of the Leicester Alliance and daughter of House Goneril. Has a lazy personality and a habit of manipulating people into doing things for her. Like Claude, she studies at the Officers Academy as a member of the Golden Deer House.

Daughter of Count Ordelia and noble of the Leicester Alliance. A determined high achiever who hates being treated like a child. She’s also a member of the Golden Deer House at the Officers Academy at Garreg Mach.