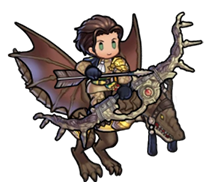 Eastern Fódlan was once ruled by the Leicester Alliance, which was represented by a number of powerful dukes. Among them was Claude, who, during his time as the head of the alliance, exercised his artful leadership to bring peace to Fódlan! 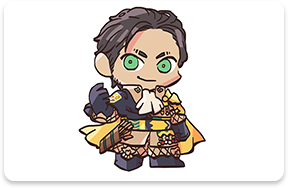 Claude was educated at the Officers Academy at Garreg Mach Monastery, where he was introduced as the heir to House Riegan. He was made house leader of the Golden Deer, and during his studies, he formed close bonds with his fellow students. 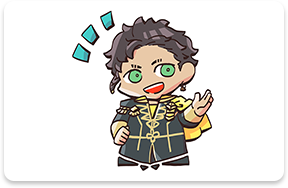 However, Claude was hiding something…something big! True, he was the heir to House Riegan, but that was only half the story—he was also the son and heir of the king of Almyra, a powerful kingdom neighboring Fódlan! 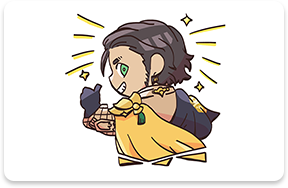 Keeping his true position of power hidden, Claude fought to create a land where people of different cultures and lineages could live together in peace. And with the help of his many friends and allies, he succeeded in guiding Fódlan to a new future! 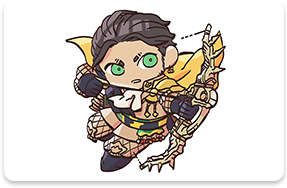 Child of the former captain of the Knights of Seiros, Jeralt. A stoic, capable professor at the Officers Academy. Claude’s teacher and mentor.

Princess and heir apparent of the Adrestian Empire. Her steadfast ambition is veiled by her elegant, self-confident demeanor. After ascending to the imperial throne, she starts a war in Fódlan, during which she opposes Claude.

Crown prince of the Holy Kingdom of Faerghus. Known for his chivalry, it seems a darkness may lurk beneath the surface. He also studied at the Officers Academy, but later opposed Claude.