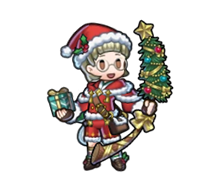 What’s a winter festival without presents? Ignatz of the Golden Deer House is here to make sure all of the gifts are delivered on time this year! 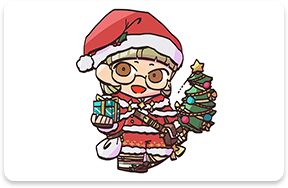 A young intellectual who’s never without his glasses, Ignatz is also an artist with an eye for aesthetics. It looks like he’s applied his creativity to his outfit, matching the heavy layers of the top with much lighter bottoms!

In combat, Ignatz specializes in archery, and he’s brought a whimsical bow for the festival. Its design is based on the fir tree, an essential part of winter-festival ambiance! 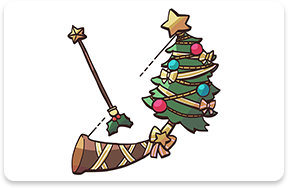 Ignatz is pouring his heart into the celebrations with his festive attire. I’m glad he’s enthusiastic about it, because he’s got a lot of presents to deliver! 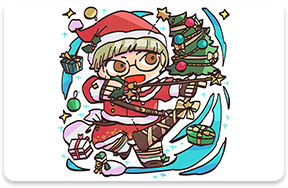 Child of the former captain of the Knights of Seiros, Jeralt. A stoic, capable professor at the Officers Academy. Ignatz’s professor.

Eldest son of the Kirsten family of the Leicester Alliance. A friend of Ignatz’s since childhood.

Heir to House Riegan, the leading house of the Leicester Alliance. Employs both an easygoing attitude and an effortless skill for scheming. He’s the leader of the Golden Deer, the house to which Ignatz belongs.