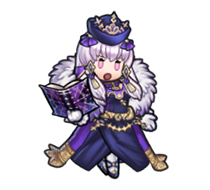 Hm? Now there’s a familiar face… And that white hair… That’s Lysithea all grown up, isn’t it? 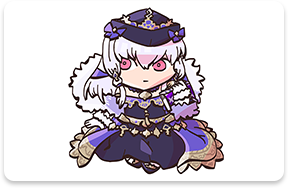 Lysithea once worried about seeming childish, but such worries must be far from her mind now. Everything about her seems so different, right down to the way she carries herself! 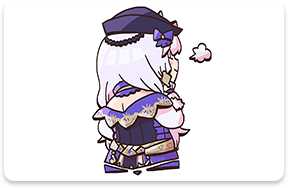 It seems that the tremendous strength that now dwells within Lysithea exacts quite a cost for its power. Maybe that’s why she works so hard to prove herself to her parents and come out ahead of everyone else… 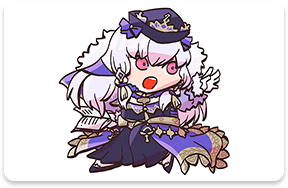 But fear not! The Order of Heroes is aided by famous figures from all kinds of worlds. I’m sure that if we put our heads together, we can find a way to resolve her conundrum! 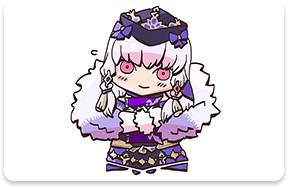 Heir to House Riegan, the leading house of the Leicester Alliance. Employs both an easygoing attitude and an effortless skill for scheming. Leader of the Golden Deer House at the Officers Academy who studies alongside Lysithea.

Princess and heir apparent of the Adrestian Empire. Her steadfast ambition is veiled by her elegant, self-confident demeanor. She is one of the few people who can understand Lysithea’s situation.