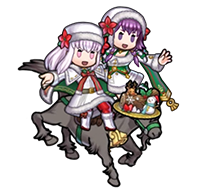 Lysithea comes from Fódlan’s Leicester Alliance, while Lute hails from Magvel, a continent in a whole other world. Both are precocious geniuses, and they’ve broken down the walls between worlds to attend the winter festival together! 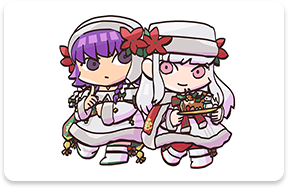 Lysithea’s wearing a white outfit for the festival with some stylish red highlights. It really accentuates her dignified charm! 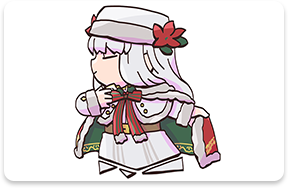 Meanwhile, it seems like Lute’s going for a slightly more mature look. The design of her outfit incorporates green highlights, adding a mysterious ambiance. 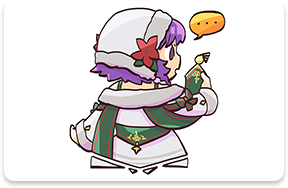 Lysithea’s always had a habit of keeping her strength to herself, while Lute does whatever she wants, when she wants. I’m sure the festival will be lots of fun with this unusual pair attending! 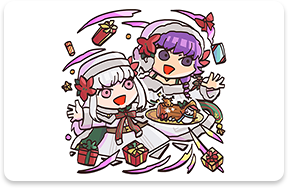 Heir to House Riegan, the leading house of the Leicester Alliance. Employs both an easygoing attitude and an effortless skill for scheming. He’s the leader of the Golden Deer, the house to which Lysithea belongs.

Child of the former captain of the Knights of Seiros, Jeralt. A stoic, capable professor at the Officers Academy. Lysithea’s professor.