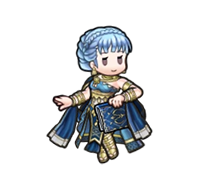 Marianne is known to be something of a quiet, timid Hero. But for this appearance, she’s making a bold change by showing up in an adventurous dancer outfit! 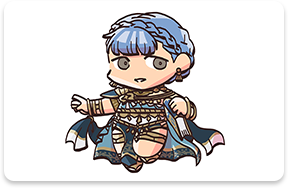 This new look has a retro design, inspired by the Fódlan of old! I don’t know if you noticed, but the fastener on her shoulder is designed to look almost like the Crest of the Beast—that’s the Crest that she bears! 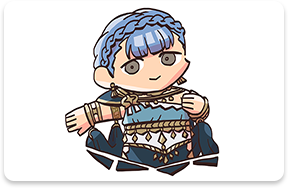 This new attire may come as a surprise on the usually unassuming Marianne, but I think this shows that there’s more to her than meets the eye. I bet all of her friends from Garreg Mach will be surprised to see her like this! 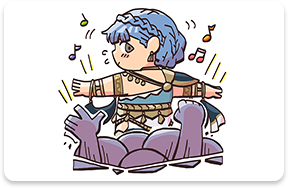 Marianne’s new outfit really emphasizes her beauty, and I think it matches her inner beauty as well! I’m sure she’ll be able to make plenty of new friends here in Askr with her newfound confidence! 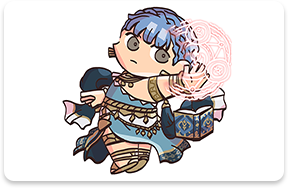