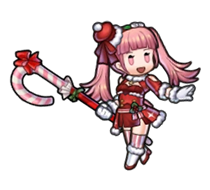 Hilda from the Golden Deer House is making an appearance at the winter festival! She’s got a reputation for being savvy about style, and sure enough, she’s come wearing an adorable outfit. 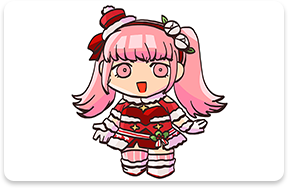 In fact, she’s known to make her own accessories as a hobby. I wonder if the outfit she’s wearing now has any personal touches? 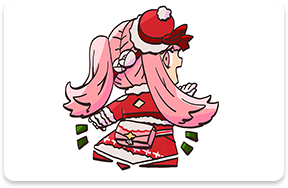 You might have been expecting to see her trademark axe as well, but Hilda knows a thing or two about coordinating an outfit. Today, she’s carrying a giant candy cane! 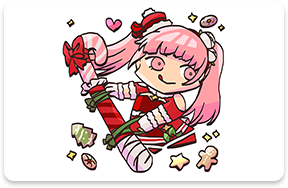 Hilda says she can’t be bothered handing out presents herself, but that’s pretty typical of her usual work ethic. That said, she wouldn’t have gone to such lengths if she didn’t secretly care! 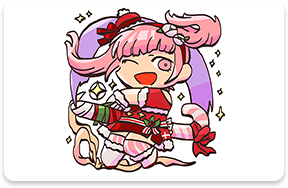 Heir to House Riegan, the leading house of the Leicester Alliance. Employs both an easygoing attitude and an effortless skill for scheming. He is the leader of the Golden Deer, the house to which Hilda belongs.

Child of the former captain of the Knights of Seiros, Jeralt. A stoic, capable professor at the Officers Academy. Hilda’s professor.