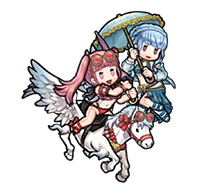 Here comes a pair of students from the Golden Deer House: Hilda, the daughter of House Goneril, and Marianne, the adoptive daughter of Margrave Edmund! They’re taking time out from their studies for some fun in the sun! 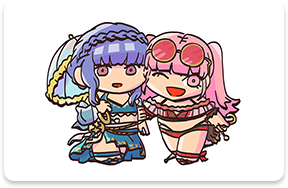 As you can see, Hilda’s wearing an off-the-shoulder halter-top bikini. It’s a cute look that only the resident fashionista of the Golden Deer could pull off! 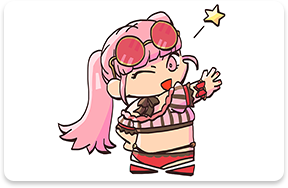 Meanwhile, Marianne’s wearing an elegant ensemble that features a sophisticated wraparound skirt to match her swimsuit! 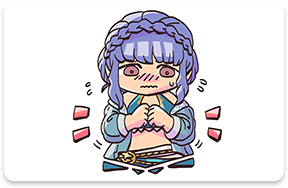 Seeing the two of them together reminds me of the bright summer sun and gentle blue sea. I’m sure they’ll turn some heads this summer season! 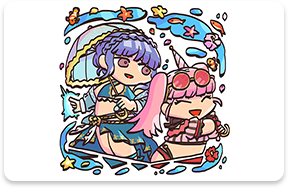 Heir to House Riegan, the leading house of the Leicester Alliance. Employs both an easygoing attitude and an effortless skill for scheming. He’s the leader of the Golden Deer, the house to which Hilda and Marianne belong.

Child of the former captain of the Knights of Seiros, Jeralt. A stoic, capable professor at the Officers Academy. Hilda and Marianne’s professor.