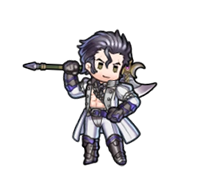 There’s a place deep below Garreg Mach Monastery that they call Abyss, an underground society inhabited by those who were forced there by unfortunate circumstances. One particularly noticeable example among them is Balthus, one of the students of the Ashen Wolf House. 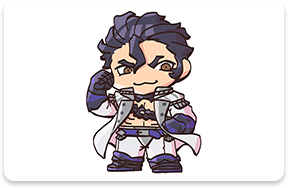 Balthus is a bold and brash young man with a big heart. He’s unpretentious to a fault, and strong too. He despises double-dealing and crookedness, and doesn’t care much for petty details. 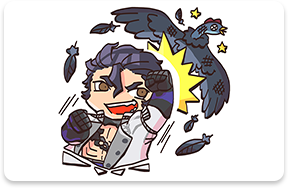 Unfortunately, his headstrong, larger-than-life ways leave little room for subtlety and caution, and he can sometimes be rather careless about money. In fact, I hear that he moved to Abyss to hide from debt collectors… 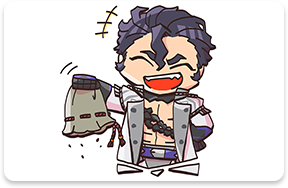 Don’t forget what I said about him being big-hearted, though—he cares deeply for both friends and family. Still, as hard as it is to say no to such a loveable rogue, I strongly recommend against lending him any money! 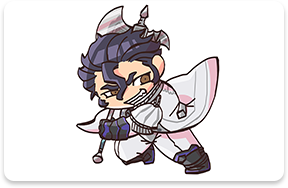 Leader of the Ashen Wolf House. Behind the tough talk lies a valiant defender of the weak. One of Balthus’s fellow students.

Young lady of the fallen Imperial house of Nuvelle. Has an overbearing attitude until she’s somewhere with sunlight. One of Balthus’s fellow students.

An apathetic young woman whose sighs have the unique ability to draw monsters to her. One of Balthus’s fellow students.