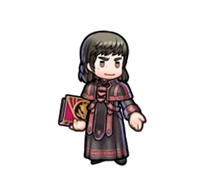 There’s a place below Garreg Mach Monastery called Abyss, where people forced out from the world aboveground gather. While theirs might be a hidden society, they haven’t been completely left to fend for themselves—they have Aelfric, a cardinal of the Church of Seiros, to look out for them! 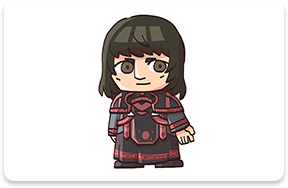 Compared to the monastery above, Abyss is a dirty and dangerous place to call home. Aelfric tirelessly takes it upon himself to improve Abyss and listen to the voices of its people. 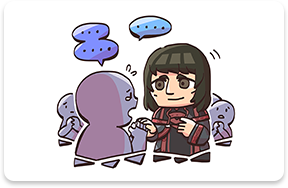 Abyss is also home to some students who were forced out of the Officers Academy. It was Aelfric who took them under his wing to form the Ashen Wolves, an unofficial house of the Academy! 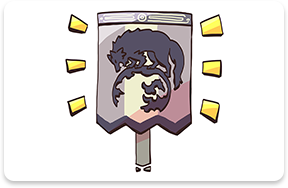 Many disadvantaged people look to Aelfric for support and guidance. But still, despite his popularity, he occasionally seems a little lonely and disheartened… I hope he can find some time to take a break from helping others and take care of himself for a change! 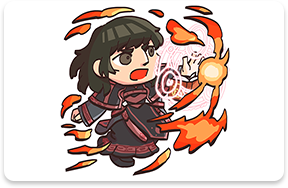 Leader of the Ashen Wolf House. Behind the tough talk lies a valiant defender of the weak. Resides in Abyss.

The Archbishop of the Church of Seiros. A dignified, gentle woman. Believes in Aelfric’s judgment and entrusts him with the care of Abyss.