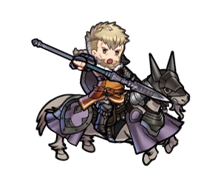 Jeralt once led a band of mercenaries during his travels throughout Fódlan. Before that, though, he was known as the Blade Breaker—the title he earned as the mighty captain of the Knights of Seiros! 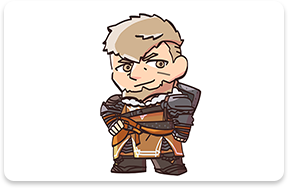 Though considered the strongest knight to ever serve, Jeralt suddenly left the order, taking his child with him. From that day on, he avoided any contact with the Church. 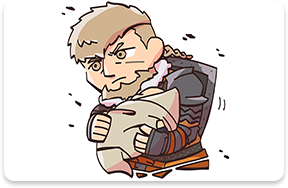 However, a certain incident led to a reunion with one of his old subordinates, and not long after, he found himself back at Garreg Mach Monastery. 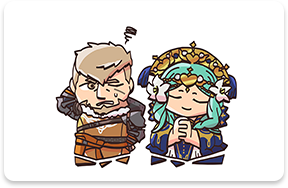 He may seem rather gruff, but Jeralt has always put his family and his allies first, and those who know him truly depend on him. I hope he won’t mind the Order of Heroes counting on him too! 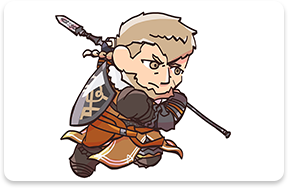 Child of the former captain of the Knights of Seiros, Jeralt. A stoic, capable professor at the Officers Academy.

Archbishop who guides the Church of Seiros. She calls Jeralt back to the Knights of Seiros.

From Sauin Village of the Leicester Alliance. She considers herself Jeralt’s apprentice and wishes to become a mercenary herself.