Shez is a veteran mercenary who has wandered from battle to battle throughout the lands of Fódlan. She received the power of a mysterious being named Arval and accomplished a true awakening! 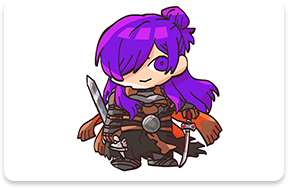 Here she is carrying the mysterious sword that she alone can wield. Apparently, it disappears into thin air if it’s taken from her! No one even knows what it was forged from… How strange! 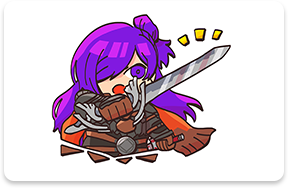 With the aid of her hidden powers, Shez triumphed in a number of battles. I hear that among her foes were the fearsome forces who slither in the shadows of Fódlan’s history!

Her true power unleashed, Shez has joined the ranks of the greatest warriors to ever fight in Fódlan. Now that she’s helping the Order of Heroes, I’m sure she’ll guide Askr to victory! 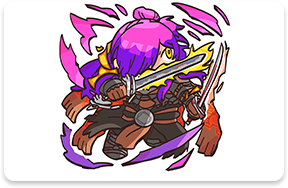 A mysterious being who exists on the edge of dreams and reality. Fond of offering advice and intent on providing guidance to Shez.