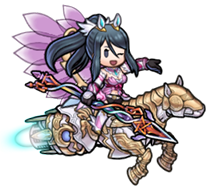 Tsubasa Oribe is a cheerful and outgoing high school student. She can be a little clumsy and goofy at times, but she’s a hard worker and will never give up on something she’s made up her mind about! 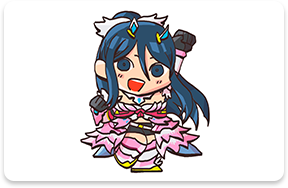 Her older sister is the singer Ayaha. Apparently, she went missing five years ago in a strange incident where she and a crowd of about a thousand audience members vanished into thin air… 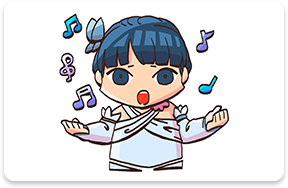 Trying to find clues about Ayaha’s disappearance, Tsubasa took part in an audition for the entertainment industry, but it turned out to be a trap! She was dragged into an Idolasphere—a world similar yet different to her own—and there, she discovered she had the powers of a Mirage Master. 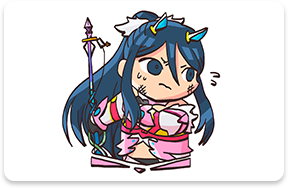 The Mirage from another world who partnered with Tsubasa was none other than Caeda. After securing her debut as a singer, Tsubasa began to let her inner creative power flourish and spread her wings as an artist! 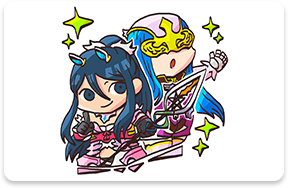 A young man who battles evil Mirages at Chrom’s side. A kindly leader to his comrades. Friends with Tsubasa since they were young.

A singer with a slick image and many fans. Throws herself into battle alongside Tharja. Tsubasa is a huge fan of hers.

Princess of Talys who’s as talented as she is charming. Marth’s betrothed. She gently watches over Tsubasa as she grows into an expressive artist.