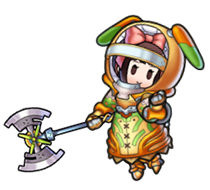 Mamori is an elementary school girl and a singer from the Fortuna Entertainment talent agency. She’s polite, honest, and adored by everyone around her. I’m told that she’s also the star of the popular TV show Microwavin’ with Mamorin! 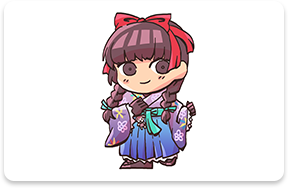 Mamori had always been a stranger to conflict, but when her trainer Barry was possessed by a Mirage, she plucked up all her courage to become a Mirage Master and save him! 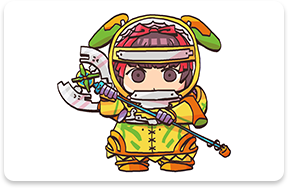 As a Mirage Master, she’s partnered with Draug, the veritable wall of steel himself! Equipped with an axe that’s even bigger than herself, she protects her friends from the threat of dangerous Mirages. 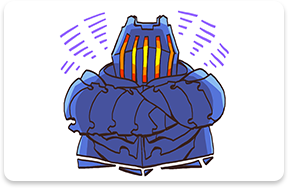 As Barry says, Mamori’s got pure innocence, a heartwarming smile, and…a cuteness that just makes you want to protect her too, apparently! I wonder if there’s room in the fan club for me? 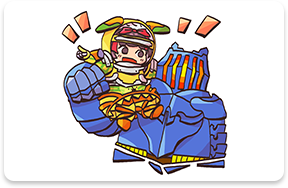 Originally a musician on the international stage, Barry was also once a Mirage Master, but now he works as a trainer for Fortuna Entertainment. He dotes on Mamori and has formed an unofficial fan club.

An armored knight of Altea who served as Marth’s shield. Very sincere. He becomes Mamori’s Mirage, helping her out with his rock-solid defenses and skills with an axe.